This 12" scale bronze figurine depicts a British Army Paratrooper out on the streets of Belfast or Londonderry during the Ulster conflict. 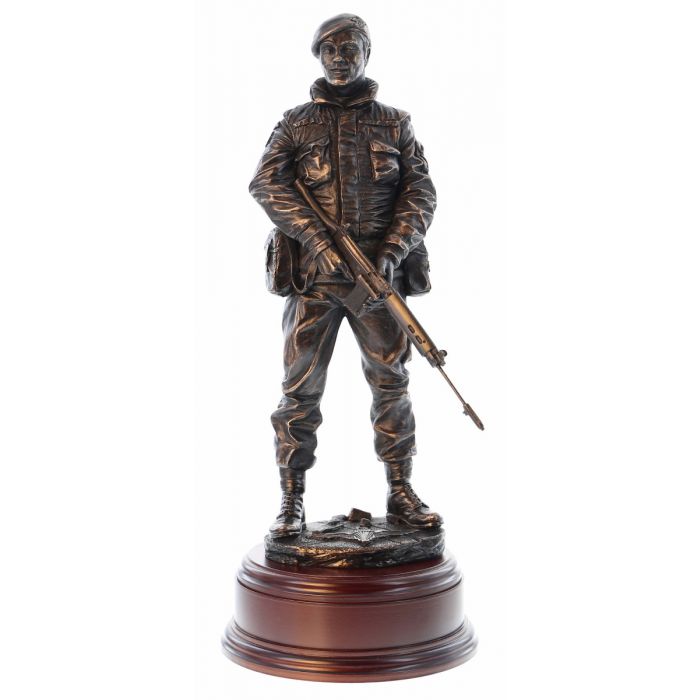 This 12" scale bronze figurine depicts a British Army Paratrooper out on the streets of Belfast or Londonderry during the Ulster conflict. The Parachute Regiment as part of the regular Britishg Army were crucial in helping to keeping the peace in the province and were deployed in the early years to stop the Catholic and Protestant communities fighting with each other. In later years they came to symbolise the UK Government to the Republican Dissident Terrorists who targeted them with Bomb and Bullet.

This is the classic image of a Northern Ireland Paratrooper will be treasured by anyone who served in the British Parachute Regiment between 1965 and 1990.