Coldstream Guardsman with SLR on Parade 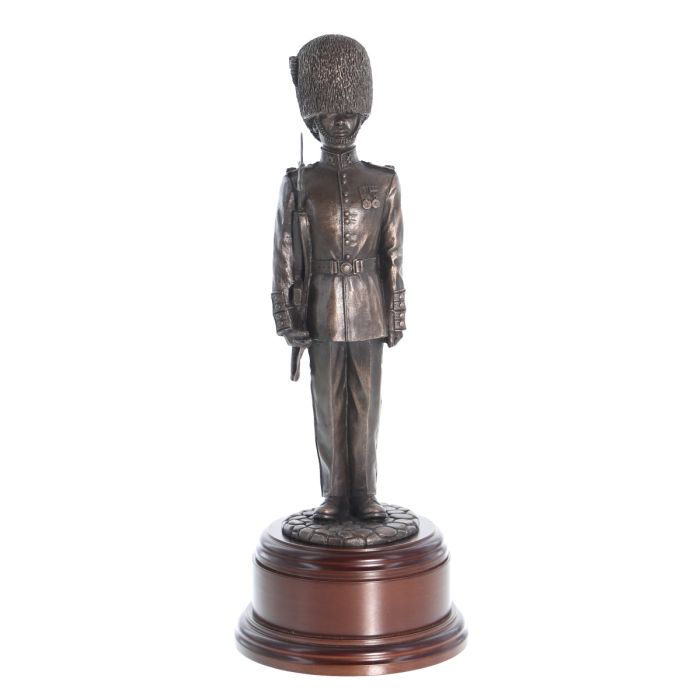 The Coldstream Guards were raised in 1650 on the orders of Oliver Cromwell to form Colonel Monck’s Regiment of Foot. Ten years later in January 1660 and still with Monck, the Regiment was quartered in the small village of Coldstream on the English/Scottish Border. Civil unrest, particularly in London had followed the death of Cromwell in 1658. Parliament had become autocratic and Colonel Monck decided to march south and restore order. During the year Monck and his Coldstreamers were largely responsible for securing free elections for a new Parliament, which invited King Charles II to return to his throne.


Upon establishment the new Parliament immediately set about disbanding Cromwells’ new model army. In 1661 Monck’s regiment were called upon to put down their arms, however after civil unrest in London it was decided to keep them in being. On the 14th February 1661 the regiment paraded on Tower Hill. They laid down their arms as soldiers of the New Model Army, taking them up again as the King’s men of the Lord General’s Regiment of Foot. In 1670 the Regiment of Foot was officially granted its already much used title, the Coldstream Guards.


The Coldstreamers have fought across Europe with Marlborough, and Wellington with the “Contemptibles” in 1914, and throughout both World Wars. Their role however, at the Battle of Waterloo on the 18th of June 1815 particularly stands out. The Flank Companies of the 2nd Battalion were deployed to the front of the Allied lines in the woods and chateau at Hougoumont. They were tasked to defend Hougoumont at all costs. It is believed that Napoleon ordered an initial French assault on Hougoumont as a diversion, however the Coldstream Guards tenaciously held on. General Jerome, the French unit commander, was forced to commit more of his forces until under massive pressure the Guardsmen finally withdrew into the chateau grounds which they held until dusk and the end of the battle. In doing so these few Guards companies drew 13,000 French troops away from the main assaults of the day.


The Coldstream Guards are second in seniority within the Foot Guards. Tunic buttons are spaced in pairs, side drums are worn slightly lower, and red plumes are worn on the right side of bearskins.


Thirteen members of the Coldstream Guards have been awarded the Victoria Cross for Valour, the first to Brevet Major G. L. Goodlake, Windmill Corner, Crimea 28 October, 1854. The regiment now has its headquarters within Wellington Barracks, London.